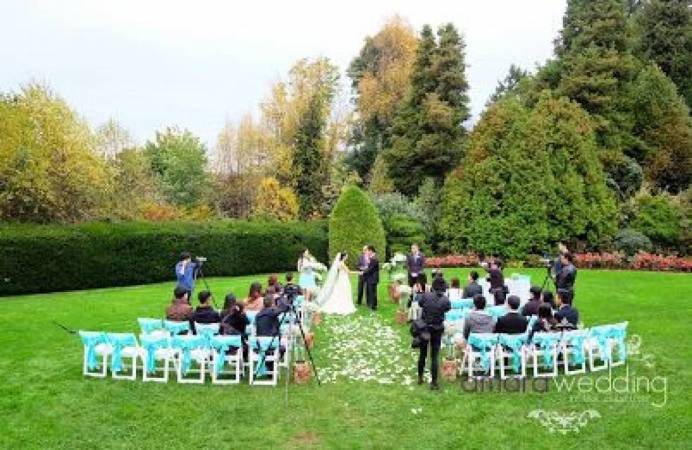 I know many wedding industry folks over the years who became the target of social media defamation. A precedent setting judgement in B.C. may set the bar as to what is acceptable complaints vs ruining a business.

A Richmond, B.C., woman who saw her Chinese wedding photography business crumble under the viral reach of a disgruntled bride’s poison pen says she hopes her personal nightmare can serve as a lesson for others.

Chan says she’s pleased with the ruling. But the case was never about the money.

“What I have lost has already gone, so I don’t think anything can compensate that. I want to prove to people that they have to face any consequences when they say something on the internet,” Chan said Wednesday.

“We know how bad it could be when a rumour is spreading on the internet, but I have never thought this will happen to me.”

‘There will be consequences’

In his decision, Justice Gordon Weatherill found that Emily Liao dedicated herself to sullying Chan’s business after receiving a set of what she felt were sub-par proofs of pre-wedding shots.

“This case is an example of the dangers of using the internet to publish information without proper regard for its accuracy,” Weatherill wrote.

“Emily, and others who think it is acceptable to use the internet as a vehicle to vent their frustrations, must be given the message that there will be consequences if their publications are defamatory.”

According to the B.C. Supreme Court judgment, Emily Liao took to social media to vent her anger over her wedding photographs.

By the time Liao signed a $6,064.80 contract in 2015, Chan and her husband had built a successful business catering primarily to the Chinese speaking public.

They provided flowers, decorations, and hair and make-up specialists as well as wedding planning, photography and occasional officiating courtesy of Chan’s husband — a certified officiant and “life-cycle celebrant.”

According to the judgment, Liao claimed she asked Chan to take the pictures herself, but the contract didn’t reflect that. Instead, the pre-wedding photographs were shot by another professionally trained photographer.

“Emily testified that she was dissatisfied with them due to what she described as their poor quality, quantity and repetition,” Weatherill wrote.

“She also testified that Kitty assured her that the concerns would be resolved once the proofs had been touched up and edited.”

A week before the wedding, Liao stopped payment on a post-dated cheque. The wedding went ahead, but Chan refused to hand the photographs over until the balance of the contract was paid.

Kitty Chan and her husband had built their wedding photography business into a successful enterprise. But online posts saw customers drop away.

Weatherill said the posts implied that Amara Wedding “was a major scam shop and deceitful photography mill business engaged in extortion, dishonesty, unfair practices, bait and switch and other dirty tactics, lies to its customers who it tricks and coerces to enter into contracts which it breaches and attempts to falsify, had provided raw unfinished photographs under the guise of the finished product, had destroyed evidence, used a secret, fictional identity and had threatened the defendants.”

In an interview, Chan said the posts went viral. The impact was devastating.

“In the Chinese community, a lot of businesses rely on word of mouth,” she said. “So when they found out we were a so-called ‘scam shop’ — all the readers were shocked too.”

The small claims action was dismissed, but Chan won a counterclaim against Liao. At that point, Liao offered an apology.

But the harm was done; business had dropped to nothing and Chan closed shop in January 2017.

Weatherill rejected Liao’s defence of fair comment for the defamation, finding that she was motivated by malice.

“She set upon a determined campaign to discredit and harm the plaintiff’s business by broadcasting her dissatisfaction over the internet, in English and Chinese, in what can only be described as an egregious, accusatory and vitriolic manner,” he wrote.

The award includes $75,000 in damages to the business as well as aggravated and punitive damages totaling $40,000. Everyone has a right to express their opinion. However, it is not without consequence.