Turn Your Cell Phones Off During These Two Gorgeous Winter Weddings

The sun’s rays were brightly reflecting off the snow on this clear February day. I squinted while driving to my first wedding venue of the day – having forgotten my sunglasses in the other car. Arriving at Temple’s Sugar Camp, I noticed that the temperature was slightly below freezing with no wind. I greeted the groom when I walked into the building and joked that we could perform the ceremony outdoors. The acoustics are really great in the lodge – high ceilings and natural wood beams. The string trio‘s music echoed throughout the hall.I figured I didn’t need to use a microphone for this venue.

We waited until the guests arrived by bus from Kanata – a 42 minute trip the groom assured me – and we promptly started on time at 3:30pm. As usual, I asked all guests to turn off their cell phones. I turned to the groom and asked if he had his off. “It’s on vibrate,” he quipped. Really? “Who are you expecting a call from?” I asked rhetorically. His bride walked down the aisle and we had a flawless ceremony. 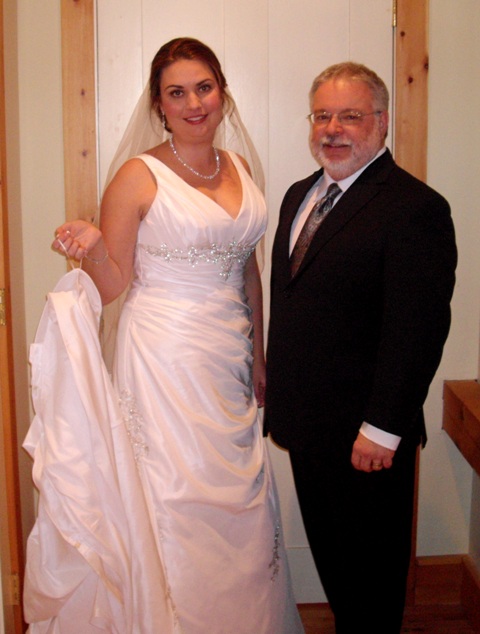 Some quick goodbyes and best wishes and off I went. An hour later my landscape transitioned from country hills to skyscrapers in the middle of the City of Ottawa. The wedding was at the Westin Hotel. The traffic was intense and I had difficulty finding parking. The lobby of the hotel was full of people. I realized why all this congestion was happening. This was the start of Ottawa’s Winterlude and the Westin was participating in the festival! From the Governor General’s Ballroom, where I was to perform the ceremony, I overlooked the Rideau Canal with all the skaters enjoying the beautiful winter day.

I donned my headset in this room because of its size and acoustics. I announce that everyone should turn off their cell phones so that they do not interfere with my wireless microphone. At this the groom and his groomsmen all reach for their phones. The bride and her bridesmaids all remove cell phones from their cleavage! A designated person gathered all the cell phones. There was general laughter throughout the guests as they saw the planned prank being played out. Of course I was in on it to play along. “With that out of the way, let’s start the ceremony,” I exclaimed. And it was perfectly played out too. 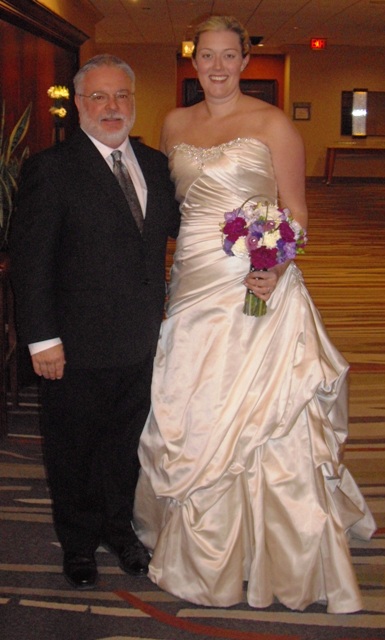